How to recognize the signs a child is struggling, even if he is hiding his anxiety

For kids with OCD (obsessive-compulsive disorder), school can be a struggle. Because these kids are often embarrassed by their symptoms and try to hide them, it’s hard for teachers to help them. Children with OCD sometimes act out in extreme ways, so teachers may think they have ADHD or oppositional behavior. But really, kids with OCD have a ton of anxiety and that makes school really hard.

When teachers know what to look for, they can recognize OCD in students and make sure kids have the support they need to learn. Here are some signs of OCD often show up in school:

For children who have obsessive-compulsive disorder, functioning in school can be complicated and very difficult. And for a teacher, it can be easy to misread the symptoms of OCD as oppositional behavior on the child’s part, or as ADHD.

But if teachers can recognize the behaviors associated with OCD, especially when a child is embarrassed and trying to hide his anxiety, they can help save him to receive treatment or make adjustments to from unnecessary struggle, and clear the way for him to learn successfully.

Here are the kinds of obsessive behaviors you might see in kids with OCD:

Frequent requests to go to the bathroom: This could be to wash hands, if someone near the child was coughing or sneezing, or if she touched something that she perceives as contaminated. She could be washing items—pens, pencils, backpacks, books. It could also be an excuse to get out the classroom and just be away from everyone, and have some respite.

Constant reassurance-seeking. This takes the form of repetitive questions. “Are you sure that’s the answer? Could you tell me again? Did you hear what I said?” Checking doors, windows, lockers, desks. Over and over and over again.

Getting stuck on tasks. Sometimes kids with OCD will need to finish something to completion, or understand it to completion, before they’re able to move on. So if a child is working out what he did wrong on a math test, and the teacher says, “Now let’s open the textbook and start a new chapter,” he’s not going to be able to shift gears.

Retracing: If a child leaves the classroom and worries that she left a pencil behind, she’ll go back into the classroom and go to her desk and check. If she had a bad thought as she went through the doorway, she might have to “fix it” by going back through the doorway again saying a good word. If she had a bad thought when she went down a flight of stairs on the way to class, she might need to go back up that same stairway at the end of the period, even if it means being late to her next class.

Obsessive erasing: A child could be erasing a lot because the letters have to look perfect. Or he could have used a word that disturbs him. For example, if he has a fear of vomiting and he’s written the word vomit, he might not be able to stand seeing that word, so he erases it. Kids start having erasers worn down to the metal. Teachers start to see holes in the paper. Words will be drawn over on the back of the page. A lot of different areas of writing become problematic.

Distraction: If a child is busy thinking that if she doesn’t turn the pen cap and count to four the right way then her mom is going to get sick, she’s not going to be paying attention in class. And if her teacher calls on her to answer a question, her distraction might look like ADHD, but it isn’t.

Slowness on exams and papers and tasks: Sometimes when kids take a long time they’re struggling with the perfectionism of needing to do things the right way. This could look like learning problems, or inattention, but it isn’t.

Avoidance: Teachers might see a child who doesn’t want to sit on the floor, or pick things up that touched the floor, or get his hands dirty in art class. He may avoid a lot of playground activities—kids with germ fears will look at the playground the way some adults look at the subway—it’s gross. Why touch anything there?

Tapping and touching symmetrically: If a child sits down at her desk and she accidentally kicks the chair of the kid next to her with her right foot, she’s going to have to then kick it with her left foot. That might look like somebody who’s being oppositional, or somebody who’s got too much energy, but actually it’s OCD.

Complaints of anxiety and fatigue. There’s one interesting theory that kids with OCD are smarter than other kids. And if you consider how much thinking they’re doing, they’re really using their brain more frequently than a lot of other kids are. But when that’s coupled with a lot of anxiety, you can have a lot of fatigue. So it’s common for kids with OCD to want to come home and take a nap after school.

This article was last reviewed or updated on August 16, 2021. 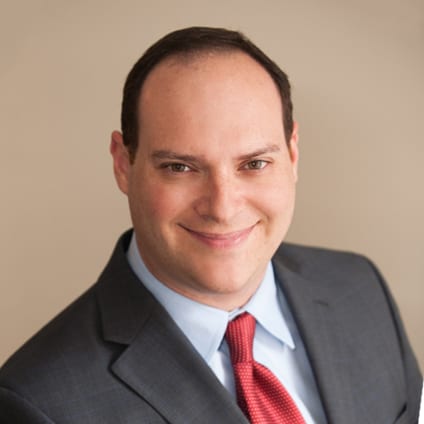