Most kids pick up language naturally, but the way the people around them react can make a difference in how fast their skills develop. Here are a few ways parents can help young children to build their language skills at home.

Crying, pointing, smiling, eye contact — these are all ways that young children connect with others. It’s important to pick up on these kinds of communication and use them yourself with your kids. This shows them that communicating works and encourages them to develop new ways of doing it.

The best way to encourage kids to talk is by showing them how fun and helpful it can be. You could mimic the words your child says, which shows that you’re excited about what they can do and prompts them to mimic you too. You can also describe what they’re doing and give them a chance to correct you when you get something wrong. And when your child does try out speaking, respond right away with specific praise: “Great job asking for the apple juice!”

It’s also important to help kids avoid feeling stressed about language. If you know your child knows a word, there’s no need to put them on the spot by, for example, asking over and over what sound a cow makes. And if they’re only speaking one or two words at a time, don’t push for long sentences. Instead, use short sentences that are just a little more complex than what they can already do. By following their lead and talking about what interests them, you’ll send the message that language is a fun challenge rather than something to worry about.

When we help children learn how to use language, we want to start by helping them do more of what they’re already doing by reinforcing and helping them feel proud about their attempts to communicate. Early language acquisition is instinctive and for most children tends to happen quite naturally. But how we as adults respond to their attempts to communicate can have an impact—accelerating or decelerating their language development.

As a speech-language pathologist who works with young children who are in the process of acquiring and developing language, I have collected many strategies and techniques that help children learn. Here are some of the basics that you can begin to use at home in everyday interactions with all children — those who are acquiring language typically and those who may be having a little more trouble.

As all parents know, words aren’t the only way to communicate. Young children point, make eye contact, and use body language to give us messages. Recognizing, encouraging, and positively reinforcing these precursors to language set the stage for speech production and language to come. But even before kids figure out how to point to something they want, they communicate with us in other ways.

Early on, when infants cry because they’re hungry or uncomfortable, they may simply be reacting to how they feel — but when parents interpret and respond to their cries and sounds, babies begin to notice the reciprocal relationship between vocalization and getting their needs met. This encourages them to begin intentionally communicating their needs, through things like pointing and body language and making more sounds.

Eventually words will become the most efficient way for them to communicate with us, but until then parents shouldn’t overlook the importance of shaping nonverbal communication, which cements the utility of communication in a child’s mind and drives him to learn to communicate in more sophisticated ways.

One of the most interesting things about the development of language in children is that it is closely related to play. The time period when kids begin producing their first words, usually around 12 to 13 months, is also the same time that symbolic play evolves. By symbolic play I mean something like a child holding a banana to her ear and pretending that it is a phone.

Developmentally speaking, it makes sense that these two things would occur at the same time because children must first learn to think symbolically in order to use language, since language is symbolic (a word represents an object, for example). So when you join your child in imaginative play, you are actually encouraging and helping to expand her new capacity to represent things mentally and symbolically.

Observing and understanding your child’s play skills can help you as a parent know what to expect next. For example, if your child hasn’t moved past banging a spoon on the table, you shouldn’t expect her to be using speech to communicate yet because, developmentally, the intent to communicate is still emerging.

There are lots of ways parents can create opportunities that encourage kids to practice their communication skills. A favorite is putting things just out of reach. For example instead of handing your son a granola bar that you know he wants, let him see it slightly out of reach and wait for him to ask for it in some way.

How you arrange things in your home can create lots of opportunities for talking. Walk around the house and notice where the books and toys are. Maybe put the more desirable toys a little higher up (but still within eye-level). Similarly, you can try giving kids only part of a puzzle or Mr. Potato Head toy. Let them ask you for the other pieces they need. The goal here isn’t to frustrate your child, but it is to manipulate the environment in a way that encourages him to ask for things, notice things, and use intentional communication.

Another fun way to get kids communicating is to pretend to be forgetful. During a routine that you and your daughter have established — for example getting dressed — you can forget to put her socks on before her shoes. If your daughter is used to socks coming before shoes, she is going to notice the change in routine and “catch” you being forgetful.

You can also pause during some predicable activity, like singing a favorite song. If she likes “The Itsy Bitsy Spider,” maybe one day sing, “The itsy bitsy spider ran up the — ” and then pause, encouraging her to fill in the blank. This not only encourages her to retrieve and use new vocabulary words, but also teaches her turn taking and that using language in a back and forth exchange is fun!

When working with kids on language skills, your goal should always be to help them reach just the next level of complexity — nothing more and nothing less. For example if your child communicates in one or two word bursts, your goal should be to model and use three and four word sentences. But make sure to follow your child’s lead so they remain engaged and empowered to try out new words and communicate in new ways.

Talking and communicating with others should be fun! Remember, language is something kids acquire naturally, so we want to watch what they’re interested in, observe and listen to how they communicate, and help bring them to the next level of language skill.

Here are some strategies you can use with kids from birth all the way up to five years old, depending upon their language level. How you do these things may look different during infancy compared to when kids are starting to use words, but the basic idea will remain the same. 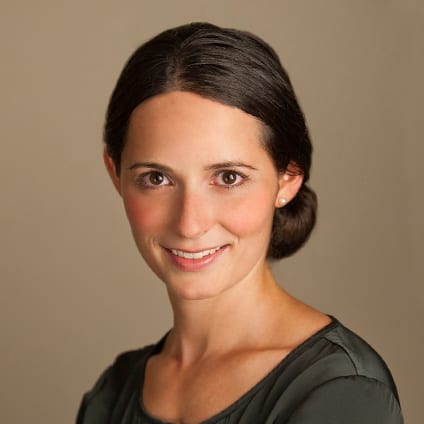