Should parents force kids with depression to do things they don't want to do?

Q My daughter is a bright person with a high GPA taking advanced courses. She is very hard on herself and has been diagnosed with major depressive disorder. She is in treatment taking medication and seeing a therapist. Even with all the support of us (her parents), her school and the medical professionals, she is still not feeling like it is helping. Today, in fact, she almost refused to go to school. Because she has missed so much school already I had to tell her a white lie and let her know that we were out of days she could miss school. My question is do you recommend forcing children with depression to do things they don't want to do? Do you let them stay home and rest for that day they are having their meltdown or do you encourage what I did — to do what you need to do to get them to where they need to be?

When a child is struggling with major depressive disorder, it is stressful and upsetting for not only the person going through it, but also their family members. I can imagine how difficult this is for all of you. It is great that you have already gotten your daughter into treatment, which is a major step in dealing with depression.

Looking at your particular situation, when your daughter has a “meltdown” in the midst of the struggle, it is particularly important for your daughter to still go to school because you don’t want to teach her that having a meltdown will allow her to stay home from school. So, in general, without knowing the particulars of your specific situation, you did the right thing in having her go. In addition, part of the work in treatment is to learn about what helps fight depression and to build an honest dialogue between you and your daughter so that you don’t feel that you have to tell a white lie to get her to go.

To help fight depression, try to encourage your daughter to be active in general. She doesn’t necessarily have to be physically active, but anything that sparks her mind or interest is a good thing. Engaging with her in a discussion or a game, for example, can be helpful. We want to keep kids with depression from lying in bed and not doing anything or staring at a screen for hours. This is called behavioral activation and is actually one of the parts of treatment for depression. So remind your daughter that staying active is a way of battling depression, and that you are supporting her in every way possible.

Finally, cognitive behavior therapy (CBT) is the recommended and evidence-based treatment for adolescents with both depression and anxiety, so hopefully your daughter is engaging in CBT, as well as behavioral activation, with her therapist.

This article was last reviewed or updated on March 28, 2022.
Topic: Depression & Mood Disorders 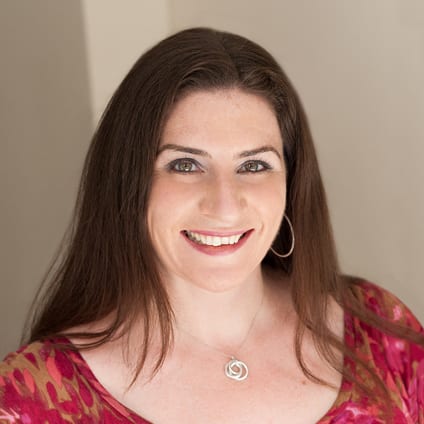 Jill Emanuele, PhD
Jill M. Emanuele, PhD is the Vice-President, Clinical Training at the Child Mind Institute.  She has a breadth of experience … Read Bio