Does Teenage Marijuana Use Affect IQ?

What the latest study suggests about the adolescent brain, and kids who self-medicate

A much-publicized report on a long-term study of the effects of marijuana use drew a frightening conclusion: that adolescent users could actually be shaving points off their IQs. The study was of 1,000 kids in New Zealand who had IQ tests in early adolescence and again when they were 38 years old. In between they were interviewed every couple of years about their pot use. Researchers found that those who were frequent pot smokers by their 18th birthday and continued to use heavily had on average lost eight IQ points by the time they were retested.

It’s important to note that these results weren’t for the occasional pot user, or even the habitual pot user (defined in the study by use at least four days a week) but rather the subset of users who were diagnosed as clinically dependent on pot in at least two of those midpoint interviews. Those who lost the average of 8 IQ points were in the most extreme group, and there were only 19 of them.

That said, what may be significant here is that marijuana users who started later, after adolescence, didn’t show a comparable decline in IQ. And that highlights something very important about adolescence: that adolescent brains are still developing—they are plastic, changeable—and are hence particularly sensitive to insults and influences.

Things that affect the developing brain include the child’s genes, their experiences, and what they’re exposed to in the environment. Kids are learning all the time, formally and informally, and their brains are busy forming pathways, and pruning old pathways, based on patterns of use.

In the case of the marijuana study, there’s no way to know if the loss in IQ is related to the cannabis itself, or what the persistent pot user is doing — or not doing — with their time (like zoning out instead of studying) or who they’re hanging out with (like-minded pals). What we do know is that the brain is affected by all these things, which we call biopsychosocial factors.

What we also know is that we can use biopsychosocial interventions in positive ways: to help children who are affected by psychiatric illness. I’m talking about children with severe anxiety, crippling depression, developmental delays, eating disorders, and disruptive behavior that’s wreaking havoc on their lives and the lives of their families. Since the headquarters of psychiatric disorders is the brain, the ability of the young brain to rebound is the key to the success of early intervention.

The onset of 50 percent of all psychiatric illness occurs by the age of 14, and 75 percent by the age of 24. By treating children in a timely way, we have an opportunity to change the trajectory of their lives. Childhood is the ideal time to identify and treat disorders before they become fixed as not only an identity and a lifestyle, but in the very structure of the brain. We need to treat kids before they have lost a great deal of childhood learning because they were too anxious, distracted or despondent. We need to treat them before their maladaptive coping mechanisms become established patterns — before they develop a habit of self-medicating with pot, alcohol, or painkillers.

I think everyone can see that chronic drug abuse is a waste of potential. What’s not as intuitive to many people is the terrible loss of potential in people with untreated psychiatric illness. When these kids don’t get treatment they not only drink and do drugs more than other kids, they drop out of school, they hurt themselves, they have trouble holding a job and being good parents, they have more physical symptoms and complaints as adults. The cost to the individual, and the rest of us, is very high.

And the reality is that untreated psychiatric disorders are much, much more common than those pot addicts who lost IQ points in the New Zealand study. Which is why it’s tragic that the stigma against mental illness, and against giving kids medication to treat it, causes many, many children to be left to struggle unaided.

Among even the most well-meaning parents there’s a tendency to ignore emotional problems, think kids will grow out of them. And all too often parents who seek treatment for kids who are struggling are attacked as being overprotective or obsessed with perfection. In fact they are doing their kids a huge favor, by getting them treatment before the kids start “treating” themselves. Some of the most successful tools we have to help kids are behavioral therapy for children as young as preschool, and in some cases medications are very helpful.

But even when medications are shown to be clearly effective in well-designed clinical studies, as stimulant medications are for most kids who have ADHD, they are often dismissed as unnecessary or even dangerous. The truth of the matter is that 70 years of clinical experience and all of the rigorous studies that have assessed the effects of stimulant medication have concluded that it is effective, and that any deleterious effects in adulthood—drug abuse, reduced brain volume — result from untreated ADHD, not the medication.

People who worry out loud about the side effects of taking psychiatric drugs don’t express nearly enough worry about the effects of denying children or a teens the medications to treat their psychiatric disorders — or the effect of the drugs they take to make themselves feel better.

Which brings us back to those 18-year-old New Zealand kids who became dependent on marijuana. You don’t have to be a scientist or a doctor to see that those kids were not treating their brains well, and were jeopardizing their mental acuity. I’m sure those kids had parents who weren’t happy with their behavior, and were worried about their futures. But until we address children’s emotional health as forthrightly as we do their physical health — taking a whole-child approach — there will be a lot of kids finding “medication” on their own.

Ways to Donate
This article was last reviewed or updated on September 27, 2021. 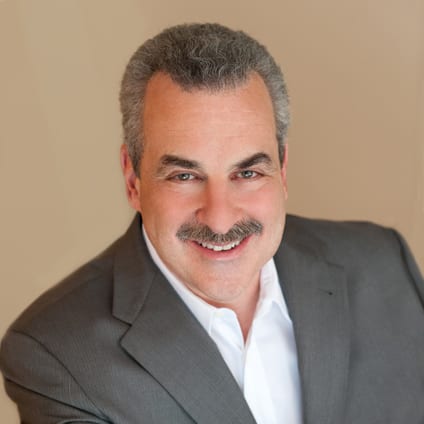