Ritalin or Adderall? Short or long-acting? A look at the alternatives, and how they work

The most effective ADHD medications for kids work by increasing the amounts of two chemicals in kids’ brains. These chemicals are called dopamine and norepinephrine. In the right amounts, they help kids focus. These medications are called stimulants, and there are a lot of options available. Some are short-acting, wearing off in a few hours, and some last up to 12 hours. Most kids who have ADHD will respond well to some kind of stimulant medication. So if the first medication your child tries doesn’t help, or causes negative side effects, doctors recommend trying a different one.

One major kind of ADHD medication is the methylphenidate group. This includes Ritalin, Concerta, Focalin and others. Concerta lasts longer than Ritalin, so it can help kids who need to stay focused later in the day.  There are also liquid options for kids who can’t swallow pills.

Daytrana is also a methyphenidate medication. It’s a patch that sticks on kids’ skin, like a band-aid. It can be good for kids who forget to take their medication later in the day. Another benefit is that the effect ends soon after you take it off, so it’s easier to control when the medication ends for the day. But some kids don’t like the feeling on their skin and peel it off.

The other major kind of ADHD medication is the amphetamine group, including Adderall, Dexedrine, and others. These are a little stronger and last a little longer than the methylphenidate medications, but the effects are similar overall. There is also Adderall-XR, which lasts longer. Finally, there’s Vyvanse, a powdered medicine that lasts up to 14 hours. That is too long for most younger kids, but it can be helpful for teenagers and young adults.

To understand stimulant medications for ADHD treatment, you need to keep two neurochemicals in mind: dopamine and norepinephrine. Both are important for attention and focus, for the functioning of the pre-frontal cortex region of the brain. Think of it as the secretary of the brain: It’s the locus of what’s referred to as executive functioning—how you plan, how you organize, how you execute.

These two chemicals are critical for those functions, dopamine for decreasing signals from the external stimuli that might be distracting to you, and norepinephrine for improving the signal you’re trying to focus on, to pay attention to. When you take Ritalin, Adderall, or any other stimulant medication, what it does is help bring up the levels of dopamine and norepinephrine.

If you get optimal levels of dopamine and norepinephrine, you are pretty focused. But if you get too much, you can stress out the brain. Then you look almost like the ADHD is worse. There’s a perception, especially among teenagers: “Oh, if it’s good at this dose, more will be even better.” No, it won’t. It can feel worse, and you can get a lot of side effects. So trying to get that right balance is what’s key.

When it comes to stimulant medications for ADHD, there are a lot of alternatives to choose from, and they’re not all created equal. So if I don’t think one med is working as well as I would like, I want to try something else. Children can respond very differently to different formulations.

There are also several medications that aren’t based on stimulants, but they are considerably less effective in treating symptoms.

The challenge with stimulant medicines is how to deliver an effective dose over a desirable period of time. When Ritalin was first used to treat ADHD in 1961, it was with a kindergartener or a first-grader in mind. It lasted three or four hours. But kindergarteners now have homework, and the older kids get, the longer they need to stay focused to succeed in school and get along with their friends and family. So technology has been developed to make the medication release gradually, peaking at the desired time, so users don’t have to remember to take pills multiple times a day.

Other forms of methylphenidate that have been engineered to release optimally over a longer period of time.

First up is Concerta, one of the longest–acting methylphenidate medications on the market, lasting 8 to 12 hours, the equivalent of 3 tablets of Ritalin. What’s unique about Concerta is that it has a hard shell; you can’t chew it or open it. You’ve got to swallow it whole, which can be a problem for some kids. It has triple-release: First, there’s a coating of medicine on the outside, so within 10 or 15 minutes you’ll be getting some effects of the medication. On the inside, there’s a push compartment filled with a polymer fiber that expands like a sponge as it gets wet, and pushes out the medicine through a laser hole on one end. The capsule itself doesn’t get absorbed.

Concerta has two compartments of the drug, 30% in the first, and 70% in the second. This is called an “ascending dose,” and it is designed to offset a decline in the impact of the medication that can occur the second half of the day. But for some kids, it might be too long.

There are also capsules filled with medication in beads. What’s good about these is that for kids who can’t swallow pills, you can open up the capsule and sprinkle it on a spoonful of applesauce, yogurt or Nutella.

One of the beaded forms is Metadate CD, which lasts about six to eight hours. It has two kinds of beads in it, also in an “ascending dose”—30% are quick release, to work the first four hours, and 70% slow release, for the latter four hours.

Ritalin-LA also has beads, but they’re 50-50—that is, half the beads are going to be released immediately, to peak in the morning, the other half in the afternoon, for a total of six to eight hours. So you have much more of a two-equal-phases effect on focus and attention.

Aptensio XR and Focalin XR are also capsules filled with medication that can be opened and mixed with food. They typically work longer than Ritalin LA or Metadate CD.

For kids who have trouble swallowing capsules and even have trouble with beads, there are liquid forms of methylphenidate medication. Quillivant XR is a long-acting formulation that I often describe as “liquid Concerta,” and is a good alternative. The liquid formulation may also allow more precise dose adjustment or “titration.”

Quillichew ER is a chewable long–acting formulation of methylphenidate that can last up to 8 hours.

And then there’s Daytrana, which is the methylphenidate patch. Basically, the patch is like a carpet of medication that’s embedded in this adhesive, so you peel the liner off, and you put it on the hip, because the hip is the area that has less muscle, so the medicine will get into the body quicker.

In developing the patch, the company thought two things. First, it’s good for kids who can’t swallow pills. And second, you bypass the gut, so it doesn’t have to be metabolized to get into your bloodstream. It will go through the skin, right into the bloodstream.

Now, that said, it doesn’t work right away. Since it absorbs slowly, it takes about two hours to get up to therapeutic level. But once it’s there, it stays pretty constant until you actually take it off. So another thing that parents like is that they feel they can have more control over when the medicine ends by taking off the patch. If you want to take it off at 2:00pm one day but at 5:00pm the other, you have that ability. Usually the medicine will drop in the bloodstream an hour and a half to two hours after you take off the patch.

Kids often aren’t as enthusiastic. Some kids don’t like the idea of wearing a patch. A lot of ADHD kids are tactile-sensitive, and they’ll take it off. And when you take it off it doesn’t go back on. But I have some college kids who like the patch because they don’t have to worry about taking medicine later in the day; they can just keep it on as long as they want to. If they forget to take it off it doesn’t matter: There’s only about nine to 10 hours of medication in the patch, so they’re still able to fall asleep.

On the amphetamine side, Adderall, Evekeo, Zenzedi and Dexedrine are all short-acting forms of amphetamines, that take effect about 30-45 minutes after taking them and they are effective for 3-4 hours.  Amphetamines tend to be slightly more potent than methylphenidate and last a little longer, but in general the effects are similar to methylphenidate.

As with methylphenidate, some preparations of amphetamines have been created to release the medication over a greater period of time, extending the duration of the effect of the medication. This is of great benefit when trying to provide a response that lasts through a school day (typically 6-8 hours).  Some of these compounds take effect as quickly as the short-acting forms of these medications.

Adderall XR is the longer-lasting form, designed to be effective for 10-12 hours. It’s a capsule with beads that are 50-50, so 50% of them are immediate release, and the other 50% are delayed release. The capsule can be opened and the beads mixed with food.

Vyvanse is amphetamine plus an extra compound called lysine, which attaches itself to the active ingredient in Adderall, amphetamine, creating an extra step that the body has to go through to cut it off, to make it active. That means Vyvanse lasts very long—up to 14 hours. That could be too long for a seven-year-old, but if you’re in high school or college, or an adult, it could be great. It’s not beads; it’s just a powdered medicine. But it’s going to have a consistent release, without peaks and troughs.

Dexedrine Spansule is the long-acting form of Dexedrine and typically lasts about 6-8 hours.

Dynavel XR is a long-acting liquid form of amphetamine. It can have an effect that lasts as long as 10-12 hours.

Adzenys XR-ODT is a tablet that dissolves in your mouth and doesn’t need to be swallowed. It has a duration of response of 10-12 hours. 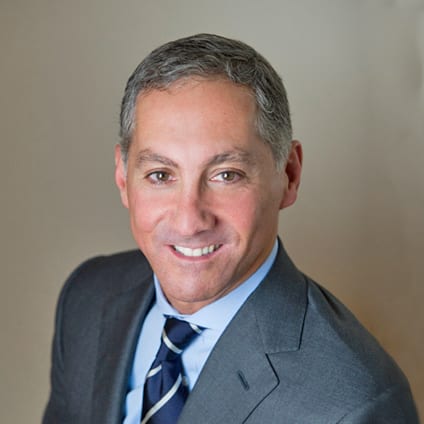